The Government has announced consultations on domestic regulation. So, we asked you for your opinions. And now the results are in, they confirm the messages we have been telling Government.

Organic Industries of Australia and NASAA rated highly (3.5 out of 5.0) for representing the interests of Australia's organic sector.

The maintenance of the national export standard is currently overseen by an industry body - the Organic Industry Standards and Certification Council (OISCC). However, the National Standard for Organic and Bio-dynamic Produce is owned by the Australian Government, and OISCC only advises the Government on the standard.

We have been lobbying OISCC and the Government for several years that OISCC and the National Standards Sub Committee (NSsC) system needed reform to address potential conflicts of interest, to improve transparency, and to increase stakeholder engagement to best serve Australia’s organic industry into the future.

Our most recent letter of 30 September to the Government is here. We expressed concern that the President of OISCC, the first to be notionally independent of the certifiers, was resigning after only a few months in the role, that two certifiers had resigned as OISCC members, and we were deeply concerned about irregularities in NSsC membership.

The Australian Government has acted by taking over the management and oversight of the NSsC from 31 December 2021. OISCC will no longer have a role in managing the National Standard. Instead, the NSsC will prepare recommendations and advice to the Department of Agriculture, Water and the Environment, directly, on National Standard revisions, updates, and amendment requests.

The Department has committed to establishing a robust and rigorous National Standard review and amendment process that is transparent and inclusive. Its advice to the organic industry is available here.

While we welcome the action taken by the Government to resolve the situation, we are also cautious about the capacity for Government to amend the National Standard in a way that is not consistent with organic principles. The new Australian arrangements are now similar to those applying in the USA, where the National Organic Standards Board is a Federal Advisory Board made up of 15 dedicated public volunteers from across the organic community. And yet, over recent years, changes to the US standard by the US Department of Agriculture have been criticised widely by industry.

We think that the time is ripe for an overhaul of Australia's domestic and export regulation of organic produce and the governance arrangements. We will be putting this view, together with proposals for what those changes should look like, to the Government as part of its public consultation process.

Consequently, we see the Department's takeover of the OISCC role as a sensible temporary arrangement until better domestic and export regulations are agreed.

Planned changes to the National Standard

In its first industry consultations on changes to the National Standard for Organic and Bio-dynamic Produce, the Department is seeking industry feedback on planned changes relating to:

You can have your say by:

Dalene Wray stepped down as a Director and Chair of the Board at the end of September. We thank Dalene for all the work she has done in getting OIA Ltd established as the industry's peak body. Carissa Wolfe became the new Chair.

Mark Gower and Lynton Greenwood have completed their 2-year terms as Directors and did not stand for re-election. We thank them for their significant contributions over the last few years.

At the AGM on 29 November, Carissa Wolfe was re-elected as a Director and will continue as the Chair of the Board. Two new Directors were also appointed.

The last 12 months was another difficult one for organic operators. The pandemic has caused widespread problems for businesses, particularly those who export—a lack of access to reliable sea and air cargo options and spiraling freight spices severely impacted our exporters ability to remain competitive in export markets. Overall, organic operators have been even more focused on their own businesses, but industry issues have still been progressing.

We continue to lobby for improved accountability and transparency arrangements for industry regulation.

OIA Ltd was proud to sponsor the Best Wine in Show Award in June for Winestate Magazine. The magazine had a feature in its July edition on the best organic and biodynamic wines of the year.

Our industry worked hard with a team from across Oceania on a bid to host the Organic World Congress 2024 in Brisbane. Unfortunately, we lost out to Tunisia, but the collaborative work sees us well placed for closer relations with our Oceania neighbours on a few fronts.

Our previous Chair, Dalene Wray, was interviewed in June by the ABC's Queensland Country Hour about the prospects for organic beef from the UK trade agreement. Dalene also talked about the opportunities for all organic exports and the difficulties of exporting in a Covid world.

In August, we participated in a strategic planning workshop for AgriFutures and made the case for R&D funding for the organic industry.

We also launched an Organic Marketplace on our website to showcase the quality organic products and services available from our Foundation members.

Submission to FSANZ on GMO regulation 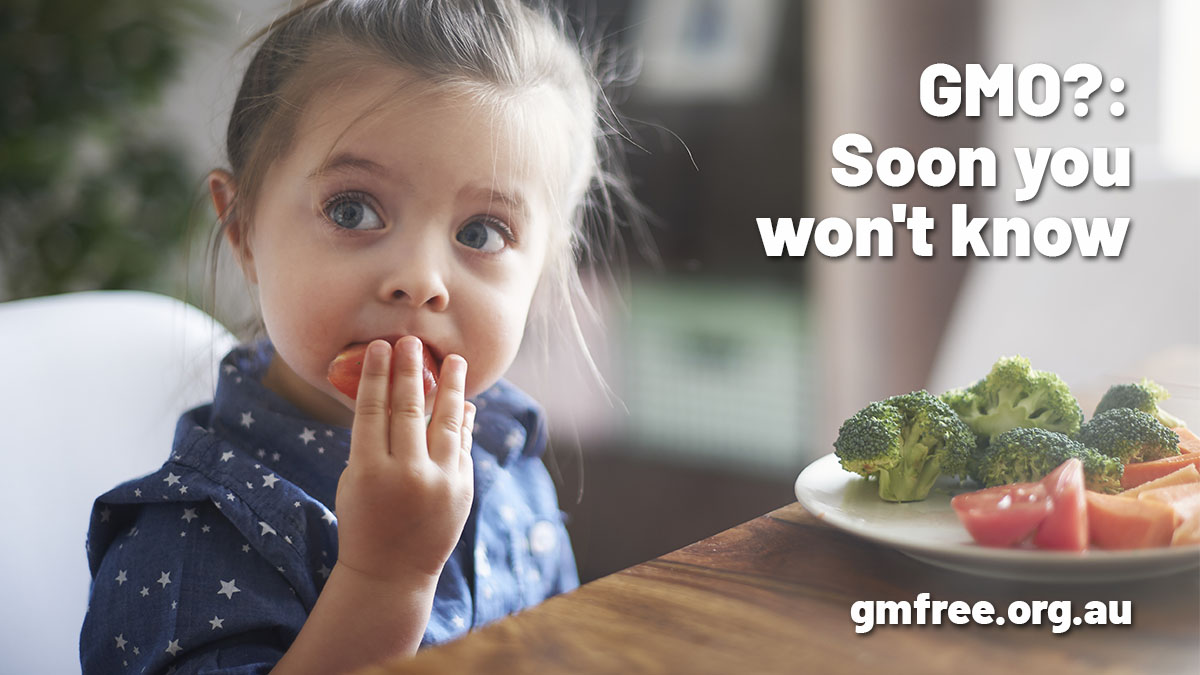 OIA has lodged a submission to FSANZ on a proposal to change the definitions for gene technology and new breeding techniques.

The FSANZ assessment promotes a false equivalence that new breeding technique (NBT) food is produced with an outcome that might occur using natural selection techniques. That is clearly not the case, and the onus should be on the proponent to prove the safety of every instance of GM manipulation.

We are most concerned that this acceptance of GM food, if adopted, will then be used as a base from which will come further proposals to exempt genetic modifications from safety assessment. Once some GM food is exempt, there will be a lower hurdle to a future proposal to exempt GM food just a little more.

Overwhelmingly, overseas markets do not want GM foods, and are worried by the environmental contamination of our organic foods with GM breeds. 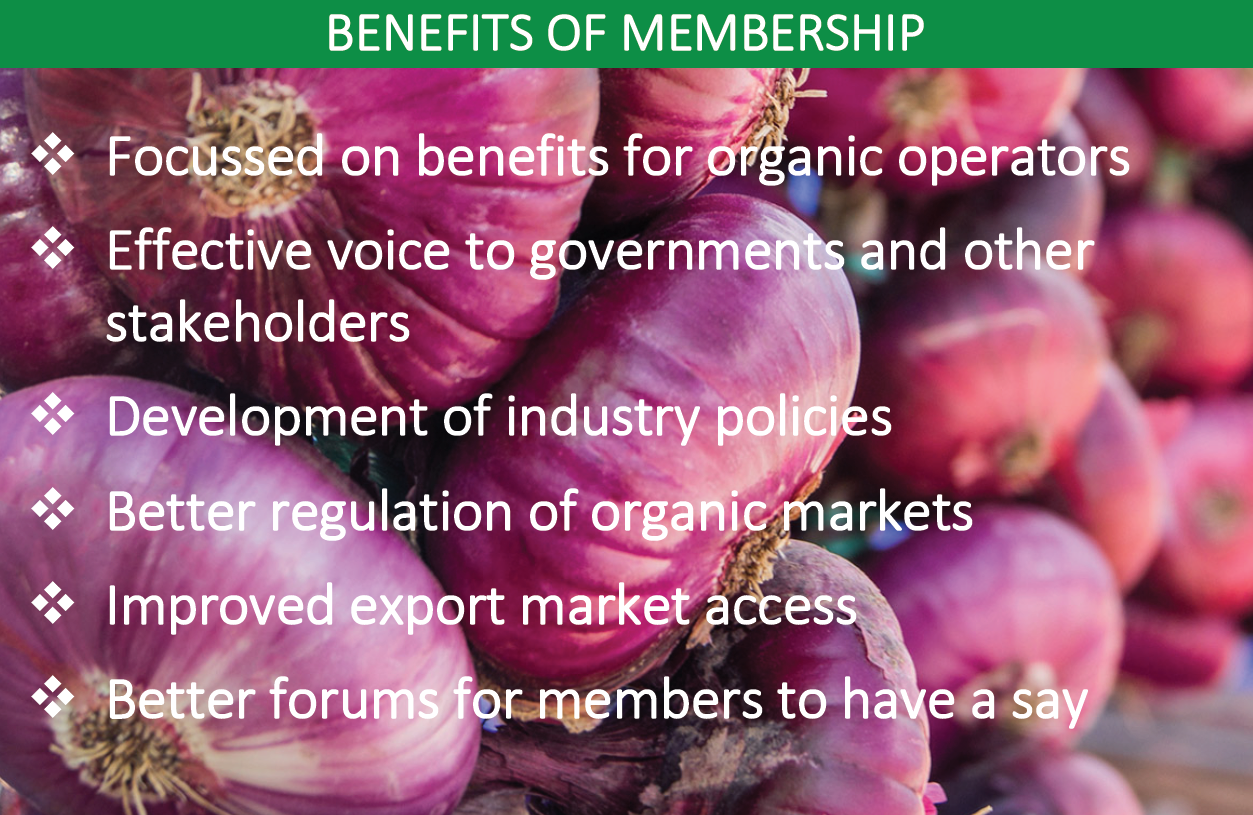 Become a member of the peak body which acts in the interests of all certified organic operators.

There are two categories of membership—Full Membership for certified organic operators and Associate Membership for others. Membership is only $10. Foundation Memberships are also available for a limited time for $250.