Our survey of organic operators demonstrated that there is overwhelming support (91%) for the regulation of the term 'organic'. Respondents indicated a preference for this to be implemented through a separately legislated scheme and administered by a new regulator.

In Australia, the term ‘organic’ is not regulated as it is in the United States, Japan and China. It is legal to produce a product and call it ‘organic’ without providing the consumer with any proof that it is actually organic.

In fact, Australia is the only advanced country that doesn’t regulate use of the term ‘organic’ or is well-progressed in implementing such regulation. 85% of respondents indicated that the lack of domestic regulation had an impact on their business.

Organic Industries of Australia Ltd has been consistently lobbying the Government on the lack of domestic regulation, and will continue to participate in the Minister’s Organic Industry Advisory Group. Our website has our media release on these consultations.

Your responses to this survey will help us continue to represent you. 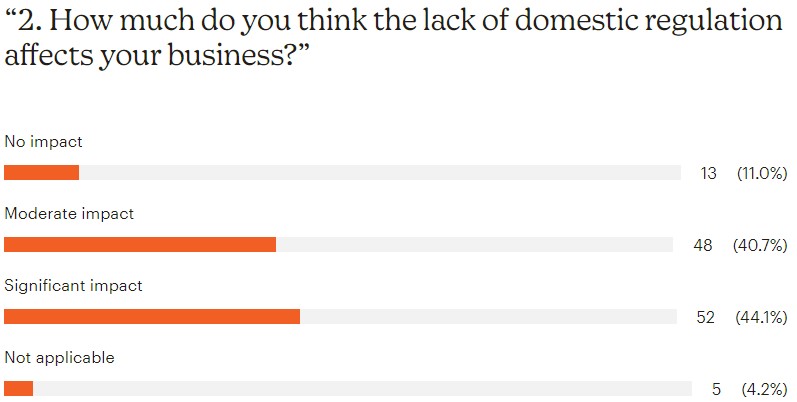 How much do you agree with the following statements? 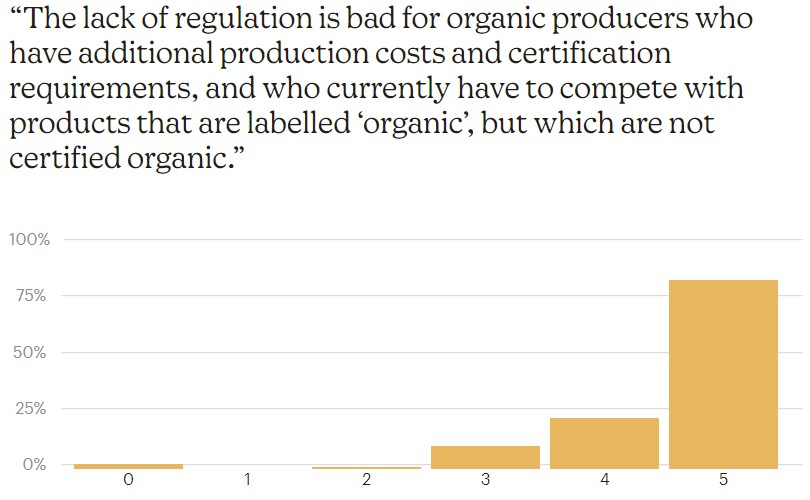 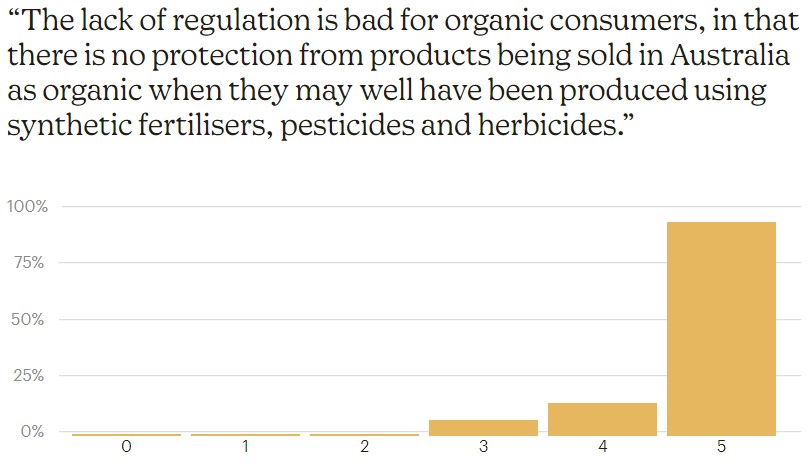 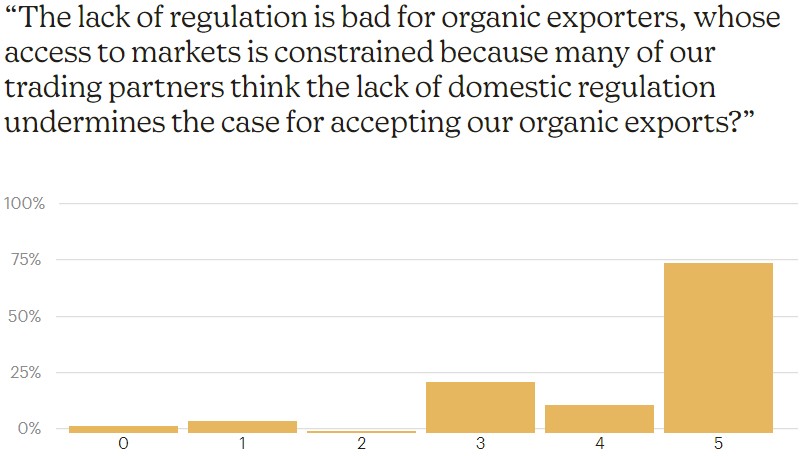 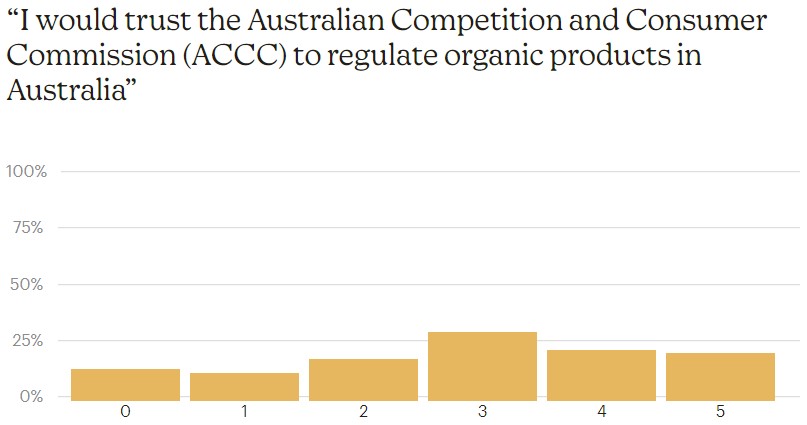 We also asked respondents how much they trust the organisations representing the interests of Australia's organic sector.

OIA and NASAA rated highest with an average score of 3.5 out of 5.0, Australian Organic scored 2.9 and the National Farmers Federation scored only 1.4.

Respondents also provided a range of thoughtful comments about aspects of domestic regulation. For example:

Thanks to everyone for their responses and for their thoughtful comments. They help us to refine the messages that we give to Government on your behalf.

We have also had many operators express interest in becoming a member of OIA. More information on memberships is on this link.