Response: Organic farming is turning a food crisis into a catastrophe? 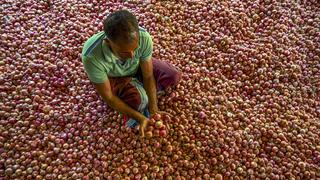 This opinion piece was in response to The Australian publishing an article by Bjorn Lomberg on 4 June (link) which was riddled with inaccurate statements and poor analysis. The Australian declined to publish this response.

Bjorn Lomborg’s recent claims in this paper about low yields for organic farming are based on an outmoded concept of organic and takes no account of the urgent need to move to more sustainable food production.

Modern organic farming is based upon intensification of production. Organic can often match and sometimes exceed non-organic yields, by replacing monoculture with multiple cropping, a system in which fields produce less than conventional for any single crop, but combined yields represent a better return. It may also provide better pollination conditions from enhanced pollinator conditions.

This is especially true for horticulture where inputs are much more affordable, and in grazing industries where the carrying capacity is very similar.

For cropping, it is possible that yields are lower because organic inputs are less affordable on a broadacre scale, weed control systems for organic are not well developed, and rotations are longer. However, requirements such as longer rotations are better for the soil and are designed to improve long-term performance of the farming system, whereas non-organic methods are often destructive of the soil.

Organic has achieved its current status through the development of good farmer practices and with very little research and development investment from government or universities. In contrast, industrial agriculture has become hooked on ever decreasing returns to more and more chemicals, all supported by billions in spurious annual research by huge agi-chemical companies. Organic farming could achieve so much more with just a fraction of that investment, which will also help us to achieve UN sustainability goals and ameliorate climate change.

The “failed” Sri Lankan experiment is not evidence that organic is a poor choice for Western farmers and Sri Lanka did not ”go organic”. The sudden action by the President to mandate that the country only use fertilizers from natural sources was poorly planned and forced by dire economic circumstances. Certified organic production requires positive management actions, not just avoidance of synthetic fertilisers. Australian farmers would not convert to organic without careful planning to determine which inputs are required, where they will come from, whether whole system changes are required, such as different crops and varieties, a different emphasis on livestock or crops, or holistic grazing management, and where produce will be sold.

Australia produces much more food than it consumes. Converting to organic production would have little impact on this production balance, particularly considering the price premiums that organic is often sold at.

The world already produces more than enough food to feed current and projected populations. Unfortunately, we waste food due to purchasing habits of retailers and individuals, so we have considerable room for efficiency improvement. Industrially raised animals are fed largely on grain rather than pasture, which provides a poor return on energy.

We can also make significant adjustments to food sufficiency with changes to a more plant-based diet, changes that will typically benefit population health. To do this it is not necessary to become vegetarian, only to adjust portion size to those recommended.

It should also be noted that insecure land tenure and war are very significant contributors to food shortages.

Organic producers are often leaders in the development of microbiological plant growth stimulants and nutrient delivery, especially the use of mycorrhiza, but future research will deliver more interesting pathways to utilise organic waste and activate soil biology. Under Australian conditions, organic farmers are not highly dependent upon animal manure for nutrients as Lomborg has suggested.

Organic no-till is a very promising new approach to cropping, especially the system we call pasture-cropping, where we are learning which crops and varieties and rotation sequences we can use to plant directly into stubble with no cultivation. These systems are already proving to be profitable by reducing cost of fuel and combining crop and livestock returns and offer the promise of soil health and carbon sequestration.

Organic has a central role to play in sustainable food production, while also better integrating biodiversity into farming systems.